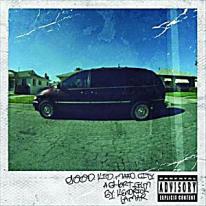 Attempting to discuss a genre of music that you are, for the most part, unfamiliar with, is difficult. In my case the genre is Rap or Hip-Hop and derivatives thereof. I just don’t know enough about it in order to put forward a case for something being good or not. The only thing I am able to really comment on, and it is perhaps this that is most important anyway, is whether I like it or not.

When I replaced my broken turntable with a new one a couple of years ago and dragged down all my old vinyl from the attic I also began buying vinyl again. I was in the local record store with my 14 year old son and offered to buy him an album and the first one he found that he wanted was Kendrick Lamar – good kid, m.A.A.d city. Now my son is a kid from the mean streets of a rather quiet rural village in Warwickshire, England, so the reason for his choice initially eluded me, but I bought it for him anyway (and it is now nominally mine as he has nothing to play it on). I now realise that he made the choice because he was 14 and being 14 now just isn’t the same as it was when I was 14. There is so much more access and availability now than there used to be. Where I would discover music via Sounds, NME or Melody Maker (and before those, Smash Hits), or by listening to John Peel or ‘The Friday Rock Show’ with Tommy Vance, nowadays it is everywhere, in so much more media. There are current songs in TV shows, where that didn’t used to be the case, Playstation Games have soundtracks such as FIFA, Fight Night or NBA2k and in those instances you listen to that music over and over again and you almost can’t help but like it after so much repeated listening. Then there is Grand Theft Auto V where Kendrick Lamar features no less than 5 times in one guise or another, which is a fabulous marketing tool for any musician. With streaming media services it’s so easy to listen to more of an artist’s catalogue without any extra expense, whether you subscribe or not as Youtube carries a lot of music that it probably shouldn’t.

So here I am, with a Kendrick Lamar album which, until yesterday, I had never listened to and today, I do rather like it. The Pitchfork review says this “the miracle of this album is how it ties straightforward rap thrills– dazzling lyrical virtuosity, slick quotables, pulverizing beats, star turns from guest rappers– directly to its narrative.” Honestly, I have no idea if this is correct or not, but assume it is or they wouldn’t have said it. Metacritic rates the album at 91, which is an extremely high rating, so the evidence suggests that it’s pretty damn good, and I concur, even to me, who is clearly not the target audience. 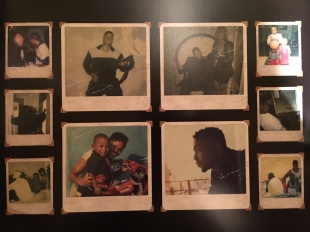 I like the spoken interruptions, the beats, the melodies and the lyrics. It is, despite the negative connotations that have befallen this tag down the years, a concept album. I’ve listened to it several times now and it’s not ‘y sort of thing’ but I can and do appreciate the quality of it, and over time I may just come to realise that it may very well be ‘My sort of thing’,who knows? I certainly like ‘Good Kid’ and ‘Bitch, don’t kill my vibe’, so perhaps there’s hope for me yet.

Here are the 5 singles taken from the album in video form:

I’m giving it 8/10 but may revise in the future (the very near future as the more I listen the more I like it).