Today was Leamington Record fair, which was quite busy as soon as it opened, probably because the Peace Festival was on just a short walk away. There were several new vendors, which is good, and I picked up a few bits and pieces from them. I spent relatively little but came away with rather a lot of records.

The first stall by the entrance door had a £1 crate and I did rather well out of that I think, at £1 each I got the following: 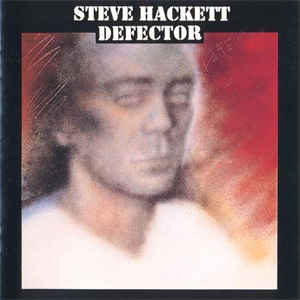 My brother had this and I heard it a lot but I don’t think I ever had my own copy. It has a couple of gold stars stamped on the front so it may be a promo copy, I’ve no idea, I bought it for the songs not for any value it may or may not have. This copy is in nice vinyl condition but the cover is a bit tatty to be honest.

Next up for a the princely sum of £1 was Live Stiffs. I remember this when it came out but never had a copy. It was basically a load of acts from the Stiff record label live. I don’t think this is the original release as it’s not on Stiff records but it doesn’t matter, to pick up these performances for so little money is good enough: 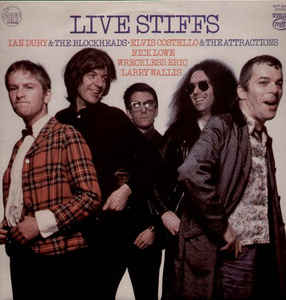 Live LP taken from the “Stiffs Live Stiffs” Tour, recorded on the Rak Mobile at The University of East Anglia, Norwich, Leicester University and The Lyceum, London

Nick Lowe, Wreckless Eric and Larry Wallis are backed by a core group of tour musicians, including some members of The Attractions and The Blockheads. For example, Ian Dury plays drums for Wreckless Eric

On the last track, Ian Dury & The Blockheads are joined on stage by various other tour musicians. Track is credited to “All”.

I don’t care what anybody thinks, this is, in my opinion, one of the best pop singles ever released, I genuinely mean that.

Anybody who may have read this blog for a while (there aren’t many of you!) will know that I love Grace Jones so when I saw something I’d never heard of which was really a bit odd and super cheap I really had no choice but to buy it. I have a really vague memory of something around this but it’s really hazy and I certainly never connected a vinyl release with it but the Sci-Fi channel had a ‘fright Night’ and Grace Jones was involved somehow. What I found was a 6 track 12″ releases by the Sci-Fi Channel with different versions of the track on it. 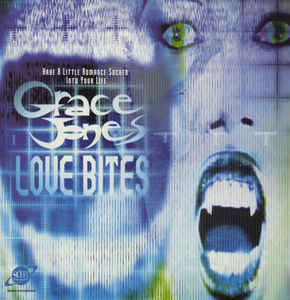 There’s an official video of it but embedding is disabled so there’s the one above. I added it to my collection on Discogs and it appears to be valued at £25, which is nice for me, though I have no intention of selling it.

The £2 12″ was another Grace Jones, I have the tracks already, but I loved the cover.

The back cover is great as well. I’ll have to take a picture of it and post it at some point.

I’m not sure why but I always liked them, and it is a fabulous cover. I always thought they were going to be bigger than they turned out to be and the fact that they named themselves after the film, which is one of my favourites, went some way to my rooting for them. Here is possibly their only real hit:

I then saw an album that I have seen being shown on lots of Youtube videos, Ricochet by Tangerine Dream. I heard them years ago, the father of the drummer of a band I was in had loads of them and there was one playing one night before practice when we went to pick him up. I didn’t like it and have given them no credence since that initial listening. 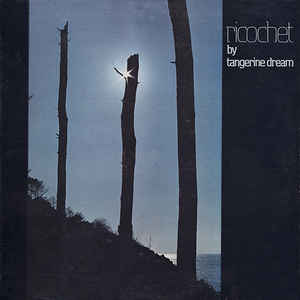 Looking back I think there were two reasons why I didn’t connect with it, the first was that it just wasn’t my thing at the time and the other was, I think, that the album he was playing was a soundtrack to a film and nothing much happened, it seemed rather bland and dull to me. Regardless, I bought Ricochet and thought I’d give it a go. I’m glad I did. I’ve just listened to it and absolutely love it. Repetitive instrumentals? Yup, very much my thing nowadays. It will definitely get a lot more plays and I’ll look out for some more of their albums now. I must have passed over dozens of them by now but not anymore.

Next was ‘Naked’ by Talking Heads, it was £3.50 (as was Tangerine Dream above) and I’m trying to get sall the Talking Heads albums on vinyl so this was a must really. Especially at that price. I believe it was the last Studio album before they broke up. 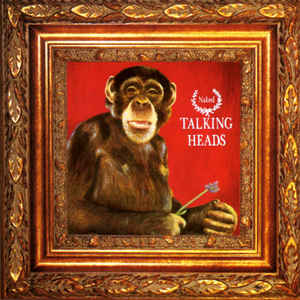 The thing I have to point out is that I am still at the first stall, which, on the face of it, suggest I went vinyl buying crazy, but I didn’t, well, not too crazy anyway, I just found lots of things I liked straight away.

There will be more when I get to writing part 2 later.