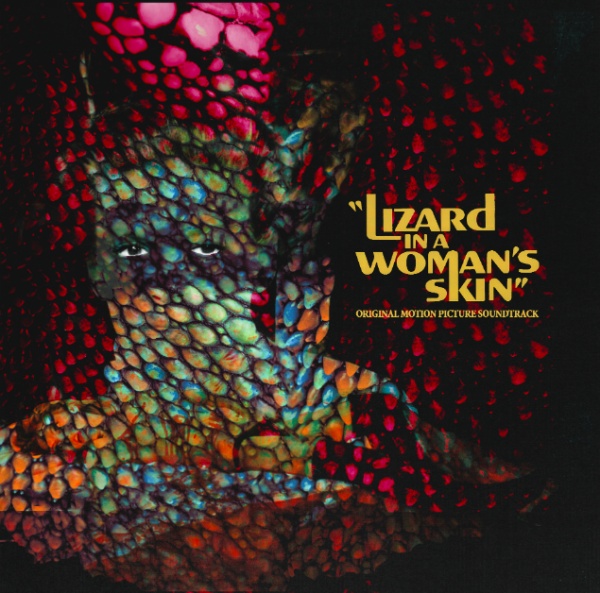 In hindsight I realise it is a bit odd to talk about 4 albums that I listened to on Monday when I’ve listened to several others since. Why these 4, why this day, just why? Well, I think it is due to the diversity of the music somehow combining into a complete listening experience. So far there was Fp-Oner with  “6” (2015)  and Oval with “94Diskont” (1995), Deep house and then, I guess, glitch, so what comes next? The answer is a film soundtrack from all the way back in 1971.

‘Lizard In A Womans Skin’ (Una Lucertola Con La Pelle Di Donna) is a film by Lucio Fulci about a woman tormented by strange, drug-induced hallucinations who finds her fantasies giving way to violent reality. Here, for your enjoyment, is a trailer for the film:

It is scored by Ennio Morricone and that in itself was a good enough reason for me to buy my own copy on vinyl. Whilst I have the standard and not the deluxe edition, it still

has one record on transparent blue and the other on transparent green. The gatefold sleeve also houses a poster of the cover art and liner notes from Andrea Morandi and Stephen Thrower. It’s a beautiful thing as you can see from the picture of it playing on my turntable.

The album was re-released by Deathwatch Recording Company and they’ve done a really great job of it. They have a load of great soundtracks available on their site, but not this one I notice, so it may no longer be in print but it is still available at various places online, I got mine from Amazon.

The above video is one that somebody has stitched together from the film and uses one piece from the soundtrack. It’s well worth a listen as it gives a flavour of the soundtrack as a whole.

When it comes to Film scores Morricone is almost certainly the most accomplished but, as a record collector, how could anybody ever hope to have a copy of each of his works, with there being over 500 and the majority being out of print. I have 5, which is only 1%, so I doubt I’ll actively try and complete a collection, but I will always be keeping my eye out for them.

This particular album was a very nice gift from two of my favourite people.