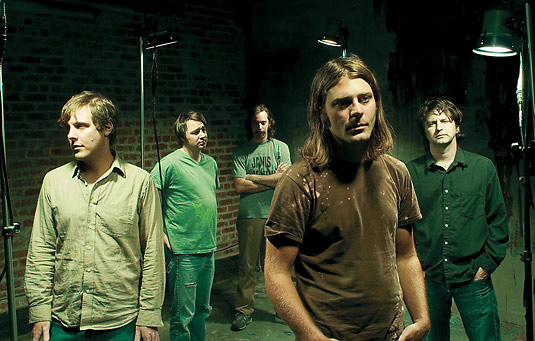 It was quite normal a few years ago to replace vinyl with CD’s and to sell off the vinyl, after all, who needed them anymore when you had a swanky indestructible CD instead. I did a lot of that, but last friday I was in Bristol at Rise, a record store I had never visited before (and found through the vinyl district app), when I saw a vinyl repress of a CD I bought in Newbury Comics, Boston, the American one. The album was by ‘Comets On Fire’ and called ‘Blue Cathedral’ which just happens to have beeb re-issued by Sub-Pop as a ‘Losers’ version on blue vinyl. Yes please, and thank you.

It may well be called ‘Rise’ because it’s above a cafe, as you can see here:

They had a really good vinyl section, probably as large, if not larger than the CD section and I found a lot of things I could have bought, but didn’t, I was being sensible.

Every album had a sticker on it with a little description, some pertinent information, that sort of thing, which was a nice touch. The albums section turns right at the bottom and spreads across another wall and there are some smaller areas all with vinyl. There are also crates underneath and a small used section to dig through, I spent about an hour in there before leaving with my spoils.

Back to ‘Comets on Fire’ though. I had been looking to replace the CD for a while and had seen copies on the internet, but there’s something a little more special about buying an album from a record shop than from the internet, even if it is a couple of pounds more. If there’s postage to be paid that’s covered anyway. So here is my copy of the brilliant ‘Blue Cathedral’ on my turntable.

I remember when I first played the CD that I wasn’t really into it and it went on the shelf for several months before it was played again, and, as sometimes happens, I loved it. Andy, who was in Newbury Comics with me when I bought the CD, thought it a good album, he turned out to be right.

The pitchfork review opens with:

Sub Pop debut from these chaotic Santa Cruz psych-feeders beefs up their production values to touch down as their hardest-hitting record to date. Drawing influence from Zeppelin, Hendrix, and Hawkwind, Blue Cathedral scales back the wanton experimentation of their previous albums to fire off post-Vietnam rounds of knotted feedback, monolithic riffs and outer-space jams. And perhaps its most impressive feat? At 53 minutes, it almost feels short.

And gives it an 8.5. I can’t really disagree, although I may have pushed the mark up to nearer 9. I’m a generous marker usually though.

Here’s some music from it:

After ‘Rise’ I met up with the family (who tend to abandon me as soon as I come within close proximity of a record shop) at Wahaca for a bit to eat, it’s a few doors down from Rise. I don’t normally write about food but the meal was great, really fresh and vibrant, the waitress was knowledgeable and helpful and it was very reasonably priced, I’d recommend it if ever you are in the vicinity. I didn’t realise at first that it was a Thomasina Miers restaurant, who I remember rooting for to win Masterchef back in the day. 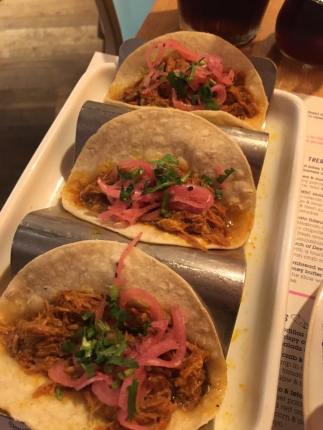