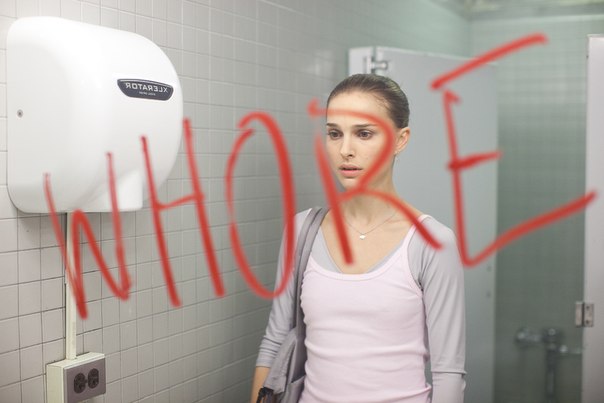 The actual reason for me going to Seismic Records on Saturday was to pick up a Limited Edition copy of the OST for ‘Black Swan’. This one is on white vinyl and limited to 500 copies. I’d seen what I think was the original release but it was prohibitively expensive, so much so that I took a picture of it: 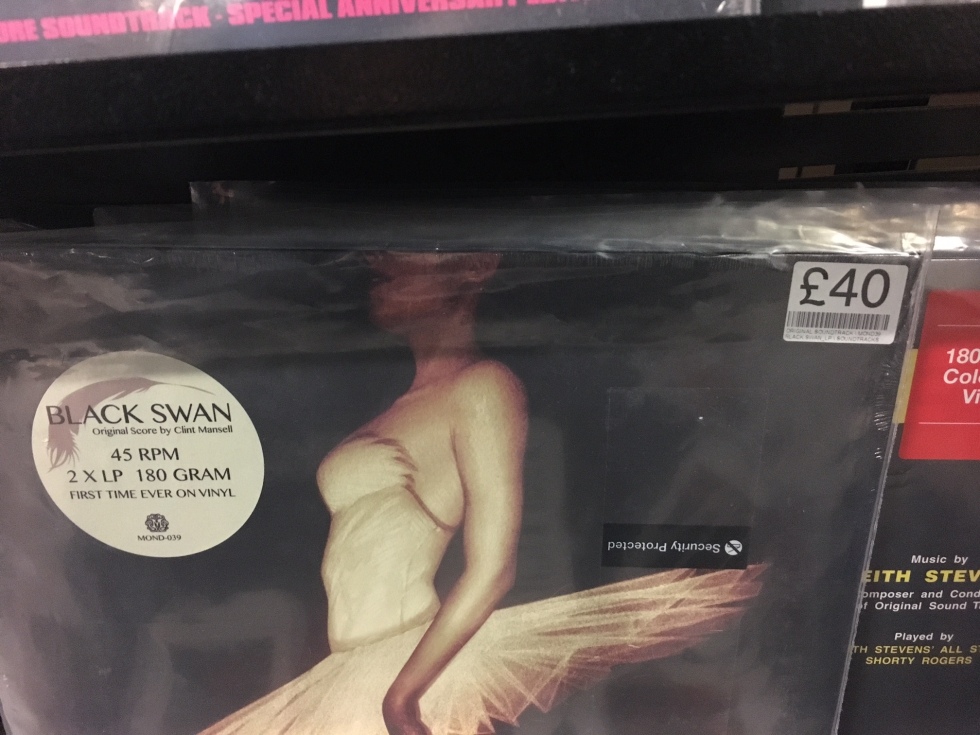 That’s right, £40, which is way more than I was prepared to pay but the limited edition was half that, for the same music and it’s an interesting artefact. 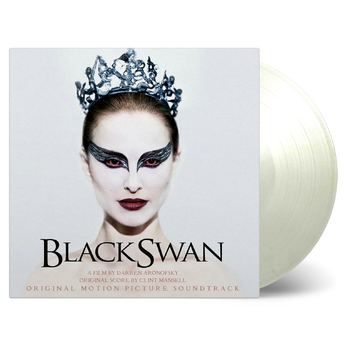 The music itself is based on Tchaikovsky’s ballet Swan Lake, though heavily reworked, and in the film there is some new Chemical Brothers music, but that isn’t on the official soundtrack. The score is by Clint Mansell, who once upon a time was the lead singer of Pop Will Eat Itself and he does a great job. I can listen to this album as a piece of classical music, and it helps that there is some framework there from Swan Lake as it makes elements of it immediately recognisable.

The film itself is synopsised as follows: BLACK SWAN follows the story of Nina (Portman), a ballerina in a New York City ballet company whose life, like all those in her profession, is completely consumed with dance. She lives with her retired ballerina mother Erica (Barbara Hershey) who zealously supports her daughter&rsquo;s professional ambition. When artistic director Thomas Leroy (Vincent Cassel) decides to replace prima ballerina Beth MacIntyre (Winona Ryder) for the opening production of their new season, Swan Lake, Nina is his first choice. But Nina has competition: a new dancer, Lily (Kunis), who impresses Leroy as well. Swan Lake requires a dancer who can play both the White Swan with innocence and grace, and the Black Swan, who represents guile and sensuality. Nina fits the White Swan role perfectly but Lily is the personification of the Black Swan. As the two young dancers expand their rivalry into a twisted friendship, Nina begins to get more in touch with her dark side with a recklessness that threatens to destroy her.

Listen to the whole soundtrack below, if you like Swan Lake then you should enjoy this too I think: