I’ve spoken before about being a member of a record club many years ago, this was for cassettes at first and then, later, CD’s. This model has been resurrected for vinyl lovers in various different flavours.  I subscribe to just the one, ‘That Special Record‘ , which I have mentioned numerous times and will again shortly, but there are several out there, so let’s have a look at them.

Wax & Stamp is a British subscription service that selects two records every month, one is an LP and one is a single and each week a guest selects one of them. These are selections that are outside the mainstream, as they say on their site: Wax & Stamp send out a wide range of genres, textures and styles. The only thing we shy away from is the mainstream. Every month is a surprise, as we don’t let anyone know what we’re sending out.Last month Wax & Stamp selected ALBERT / PERSON OF INTEREST -EDR002, the guest,  Martin Fitzgerald (RamAlbumClub), selected THE PARROTS – LOS NIÑOS SIN MIEDO which is a Spanish Garage Rock album. 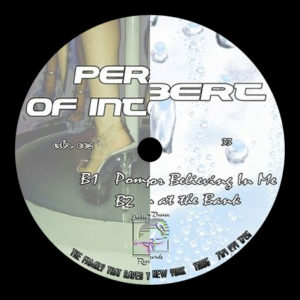 Here is a track from The Parrots album to give you an idea of what they sent out last time:

Another British service, but this time for exclusive 7″ singles. Focused on the Indie band end of the music spectrum, these 5 singles arrived boxed and with a booklet, explaining what’s in the box. There are alos often prints and lyric sheets included and at least one of the 7″ singles will be on coloured vinyl.

The last box sent out (October 2016 according to the web site, at the time of writing) contained the following:

Jaws got the coloured vinyl treatment so, as an example, let’s have a listen to that:

Trax & Wax appear to be for lovers of the 12″ single which they offer in 5 different box options, Trax & Wax, Disco, Old School, Nu Skool and Techno boxes. You have a choice of 2 or 4 12″ in a box which depends on how much you are willing to pay, the standard 2 is the £21.90 option. As far as I can see you can change which box you wish to receive month on month, oh, and they are also British. Below is a selection of tracks they’ve listed as being in the boxes recently.

This is probably the best known service of all of them. Vinyl Me Please delivers a surprise album every month and are focused on the deluxe re-issue aspect of the market, providing a piece of art and a cocktail recipie with every album (Nope, I have no idea why anybody would want a cocktail recipie but I guess some do). It appears that they are now 47 records in, and there are some there I’d like for sure, but some I would have no interest in at all. I guess that’s to be expected though. The latest issue, No.47 is The Books – The Lemon Of Pink, originally released in 2003, and it is a very desirable looking thing:

Here is the track ‘Tokyo’ taken from this album:

Side note: they are actually on No.48 which is Nina Simone – Sings The Blues

The above prices may seem quite steep compared to the others but this service offers 3 LP’s a month for that price based on what you like. You select a #vibe, which I assume is then based on your pre-specified music tastes and you receive records that are broadly within that category. They also do their own branded turntable and have a physical store (it’s in Santa Barbara, California. For people outside the U.S.A you will have to pay postage.

Vinyl Moon offers a rather different service by creating a compilation LP of 10 tracks every month. This is what they say is included as part of the package:

Each monthly volume has a limited pressing, which must depend on the number of subscribers, so membership is, presumably, closely managed. The last volume to be shipped out contained the tracks below:

This is an interesting idea, which will be explained directly by the text from their website: 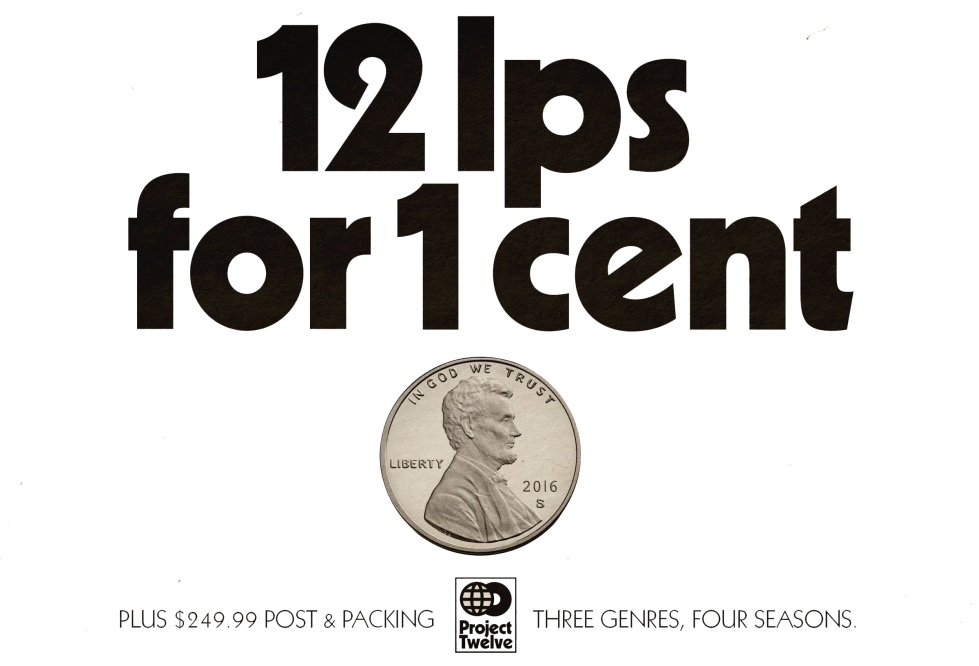 These records won’t be available in stores and they won’t be repressed. We’re not issuing them on CD and the only way you can buy them is by joining the club. And that club? It’s limited to just a thousand members.

For listeners of a certain age, the recent news that Columbia House was at last filing for Chapter 11 bankruptcy protection was met with a mixture of amusement and sadness. Columbia House thrived in a now-vanished monoculture of limited choices, offering seven (or eight or twelve or twenty) albums for a penny and following up with poorly designed full color catalogs full of a few hits and a lot of misses. Once hooked, a game began in which the warehouse would dispatch a record or tape each month—a surprise, almost always something unwanted— forcing the “club” member to choose between paying up or sending the thing back. And as crazy as it seems now, if you were from Terre Haute, Indiana, or Billings, Montana, this is probably how you got your music.

The 21st century is defined in part by an overwhelming panorama of choices. Especially in the world of recorded music, of which the near-complete history is available in two or three clicks. Want to hear Carly Rae Jepson’s Emotion? Or Ray Charles’ complete Atlantic recordings? You can, and you should. But the question remains—how will you find out about Jimmy Carter & the Dallas County Green’s undeniable 1977 private country-rock masterpiece? And how will you experience it with something resembling the sense of excitement that accompanied those seven Columbia House selections for a penny, the ones you actually wanted? Isn’t the predictability of unlimited choice part of what’s turning us all into such jaded monsters? In a world of unlimited access, we’re exercising some small degree of restraint. Like some poor kid stuck in 1991, we want you waiting by your mailbox. We want you to love every record so much that you keep the custom box it came in.

Price: From €28 per month with discounts for 3 Months etc.

OK, so this is my faviourite, which is fairly obvious as it’s the one I subscribe to on the 1 LP a month plan. I did look at most of the other services but this just suited me more than the rest and I can’t fault the service I have received from them. Although I have had major concerns about the records I’ve received before actually listening to them, they’ve all always turned out to be something that I liked (Which is a surprise in itself as I’d never heard of any of them). Miguel does a great job over there in Portugal and sometimes offers a more personal touch with a handwritten note or even a free 12″ included. I’ve been a subscriber for 6 months now and at no point have I considered cancelling my subscription, the surprise element of what will be in that months package is really rather fun and I do look forward to it arriving every month. I’ve also recently bought some LP’s from the store as That Special Record is most aligned among all the subscription services with what I am looking for.

As Miguel says: “That Special Record is here to help you discover the best outsider electronic music that’s currently being released on vinyl. I’m a record collector…literally obsessed with weird, obscure, interesting, outsider electronic music so I won’t sell you any records I wouldn’t buy myself. Less is more, that’s why our selection is small but carefully curated.”

I also received an album by ‘Unearth Noise’ called ‘Prayer and Resonanace’ which has one of my faviourite cover images ever, so much so that it is in a frame on the wall above my turntable.

Did I miss some? Let me know and I’ll add them