Was music better when I was a teenager? Probably not to be honest as it’s all subjective. While I see the charts now as being diluted rehashes of other songs, it’s not all about singles, there are many amazing albums out there that never become super popular but are still quite brilliant. I think the difference between my day and now is how important the singles charts were to so many of us.

Sunday evenings were so important, I had to listen to the Top 40, with finger hovered over the pause button of the tape recorder to stop the song at just the right time before the DJ spoke, sometimes rewinding and re-cueing just in time before the next 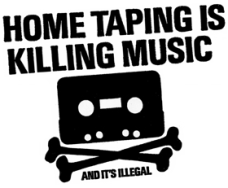 song started. Happiness was hearing that the song you liked had gone up the charts, and annoyance was a song you hated climbing more places than your favourite. My home taping wasn’t killing music as I wouldn’t have bought the records anyway, I had no money for that and nobody was going to buy them for me so it was the only way to get music. Things became a little better when we got a twin cassette deck, which allowed me to record the whole of the charts and then remove what I didn’t want by recording tape to tape.

Why was I even thinking about all this? Well, I was looking at the charts today for no real reason and decided to see what was happening at roughly the same time in 1979, when I was 12, and I liked a lot of what I found, there was a lot I didn’t though and my memories of these charts full of amazing singles is seen through rose tinted spectacles it appears. There are plenty of them, really great singles, but there are rather more that I really disliked than I remember. Here are some examples of the tracks that I would have definitely left off my chart cassette:

LENA MARTELL – ONE DAY AT A TIME

DOLLAR – I WANNA HOLD YOUR HAND


If you listened to any of the above it’s your own fault. I’m not knocking them as such, but my 12 year old self hated them.

Had I been taping the charts yesterday night, but 37 years ago (really? That long!) then below is what I would have been pressing record for. In descending order down to that weeks number 1: