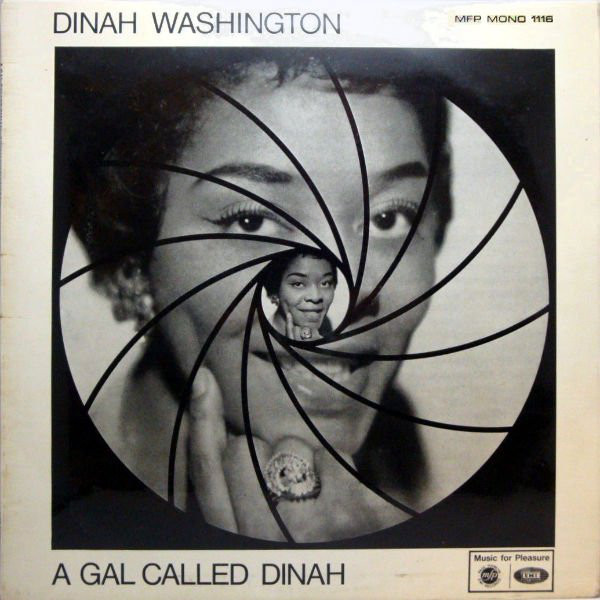 I visited the new used vinyl store today that opened up in Leamington Spa at the weekend. There wasn’t a whole lot there that I could get excited about but they did have a large £2 an album section that was mostly full of records that nobody would want, but I found a few bits and pieces of interest, one of which was Dinah Washington ‘A Girl Called

Dinah’. There are a few reasons why it caught my eye, one is the cover, which I rather liked, also that I have a sudden interest in old jazz and blues albums, I’ve always been interested, in a peripheral way, but recently I’ve actually been buying them when I see them and when they are cheap. At £2 there wasn’t any risk in buying this one and having played it I was blown away by the quality of her voice, it really is quite wonderful. I’d heard her before but never really paid any attention until now.

As is often the way, I’ll pick a record up and then go and read about it, I had no idea she had died so young:

Early on the morning of December 14, 1963, Washington’s seventh husband, football great Dick “Night Train” Lane, went to sleep with his wife, and awoke later to find her slumped over and not responsive. Doctor B. C. Ross came to the scene to pronounce her dead. An autopsy later showed a lethal combination of secobarbital and amobarbital, which contributed to her death at the age of 39. She is buried in the Burr Oak Cemetery in Alsip, Illinois.

Not on the album but taken from the 1958 film ‘Jazz on a summers day’ and worth watching just because it’s amazing!