My second parcel from The Retro Store arrived today and it was much improved from the first one I’m happy to report. I received a hand written postcard from Peter, who owns The Retro Store, regarding my previous rather scathing review and it was good to see that the customer experience is something that he is concerned about and does want to improve. There will, of course, always be teething problems when a company undertakes new ventures but my original comments based on the experience at the time still stand, hopefully, as the company matures, that sort of thing will be rare.

(Peter, that you spent any money on a Paul Young record means you were ripped off!)

So what was in the parcel? Well, a duplicate to begin with. The note from Peter did advise that they are working on a system for tracking duplicates, which I believe is vital for  venture like this to work. For somebody who is new to record collecting it isn’t so much of an issue, in fact, I would say that this avenue is an excellent way to build up a collection when starting from only a few. In my case I do already have quite a lot so the likelihood is that I am more susceptible to duplicates. The good news is that the album that I already had is absolutely knackered as a result of a drunken night in 1984 where many of my old records where walked over having been left out of their sleeves.

I loved this album when it came out in 1982, and was in my last year of school at the time. I couldn’t afford my own copy then but bought one when I started working in 1983. I’ve been listening to it tonight for the first time in years and still love it. The whole ‘John Hughes Pretty In Pink multiple single issues’ thing did put me off the Furs for a while, but those first three albums are really very good indeed, namely this one, Talk Talk Talk and The Psychedelic Furs, some great tracks on them. So score 1 for the Retro Store even if you got lucky that I screwed up the one I had. 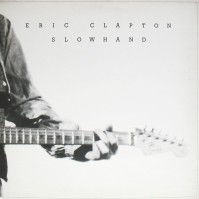 I don’t have a copy and, to be honest, am not a big Clapton fan, I tried, but what he does I can’t seem to connect with. I like some of the tracks over the years but that’s about it. Undeniably this is a decent album as it appears in a lot of lists of best of this and best of that so a lot of people rate it highly. I like his take on ‘Cocaine’ and I used to play it in a band years ago, but still prefer the J.J.Cale original. I despise ‘Wonderful Tonight’ and Clapton’s version of John Martyn’s ‘May You Never’ is actually shit. The rest is ok though. Not complaining about receiving this one.

Ok, let’s be absolutely clear hear, this is basically an audiobook on vinyl that tells the Star Wars story, it is, quite frankly, ludicrous. Yes, it comes with a booklet with stills of the film and yes it has dialogue from the film and yes I listened to it twice already and yes, I bloody love it and have no idea why! And yes, I could have bought a copy for a couple of quid but I didn’t and probably wouldn’t have, so that is probably the point.

I would think by now you would desperately want to hear some of this record yourself, and I can oblige with the first ten minutes, the rest is out there if you are of a mind to find it.

This all went much better than last time and it will be very interesting to see what arrives next.