When looking at your record collection in Discogs there’s a search button, next to that is a ‘Random Item’ link which I pressed to tell me what I should listen to next as I was being indecisive. It came back with this: 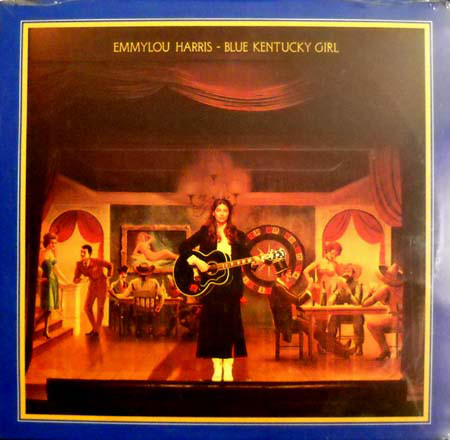 So this is what I’m listening to. I bought it for £3 from a used bin because I liked the cover. Now I’m going all Country for Christmas.

The album was released in 1979 and is more traditional country than the country-rock sound of Harris’ previous releases. Songs include work by Willie Nelson and Gram Parsons. Rodney Crowell’s “Even Cowgirls Get the Blues” featuring harmonies by Dolly Parton and Linda Ronstadt, and came out of theirs ill-fated 1978 recording sessions, where they first attempted to record a “trio” album (nearly a full decade before they actually succeeded in doing so).

The album won the 1980 Grammy for Best Female Country Vocal Performance. “Beneath Still Waters” became Harris’ fourth #1 hit, covers of The Drifters’ 1960 hit “Save The Last Dance For Me” and the title track (originally recorded by Loretta Lynn) were top ten hits on the US country charts.

Rating: 7.25 (even though this isn’t my thing really it is still very well done)