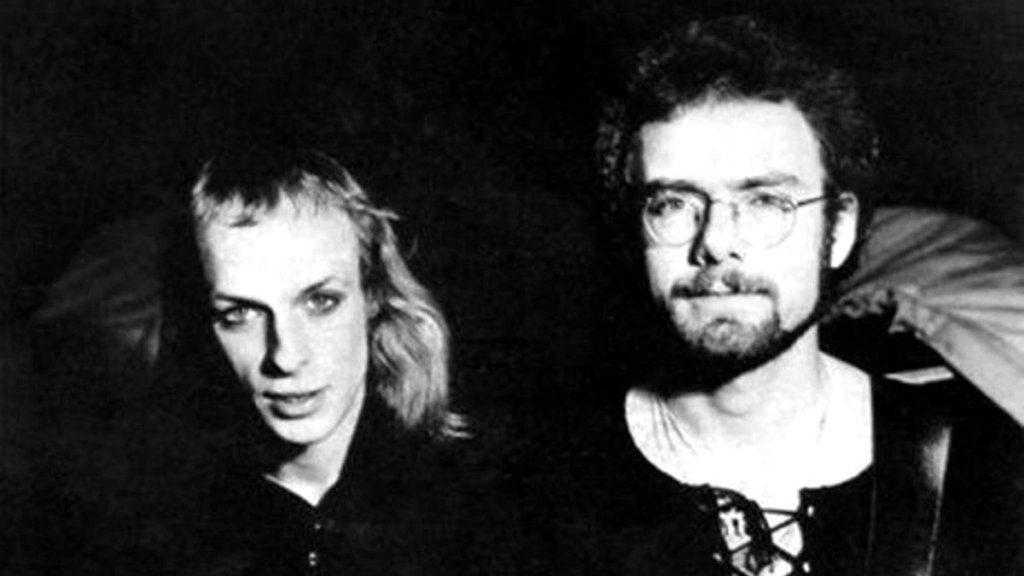 Popped out to a record shop in Witney, Oxfordshire during my lunch break. I’ve been there before but not since prior to Christmas. The used selection is a decent size but there isn’t often much that I’m looking for and they have dividers with the names of bands I do want, but there aren’t any there, which is often disappointing. Today I bought Fripp & Eno for £12, 1973 press but not first I don’t think. It’s not on any of the streaming services so it’s my first listen, it’s bloody good. 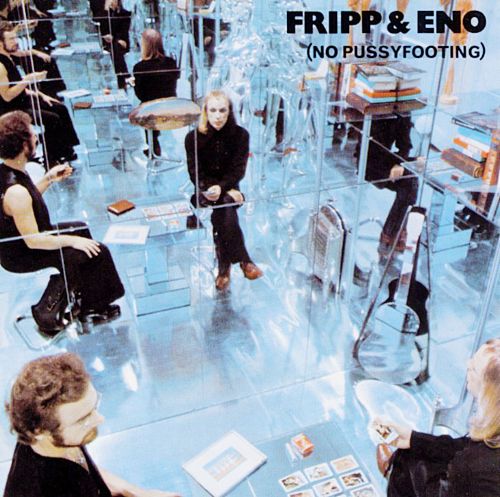 There are only two tracks on the album

There was a deluxe CD reissue which has:

Which I’d quite like to hear as the music lends itself to being slowed down or reversed. I believe John Peel once played one of the tracks backwards and nobody noticed, including Peel.

Brian Eno invited Robert Fripp to his London home studio in September 1972. Eno was experimenting with a tape system developed by Terry Riley and Pauline Oliveros (I watched a BBC 4 program on this last week, it was fascinating, called ‘Tones, Drones And Arpeggios: The Magic Of Minimalism), where two reel-to-reel tape recorders were set up side-by side. Sounds recorded on the first deck would be played back by the second deck, and then routed back into the first deck to create a long looping tape delay. Fripp played guitar over Eno’s loops, while Eno selectively looped or recorded Fripp’s guitar without looping it. The technique later came to be known as “Frippertronics”.

I had a software version of ‘Frippertronics’ that I played my guitar through which was odd to begin with as you started with no sound even though you were playing and then it comes in, once you got going though it was really interesting building something up only to hear it slowly degrade, so then you play something else and so on. The Terry Riley piece of BBC 4 explained very well how phasing works, basically if you have teo reel to reel tape recorders with exactly the same thing on and press start, they will, at first be synchronised, say 7 notes repeating, but over time they will fall out of synch and things begin to sound a bit busy as you have 14 notes now, 7 & 7 but playing at a different interval. Over time two recorded will fall back into synch and you will have 7 notes again. The interesting thing about it to me is not necessarily the sound that it creates but how the brain processes it. It can be so slow that you don’t actually realise it is happening and you can become aware that the sounds you were listening to 15 minutes ago have completely changed and you have no idea how it happened. Well, intellectually you do, but not emotionally. It is very much a ‘How did I get here?’ experience.

The best known of Terry Riley’s pieces is called ‘In C’ which I’ve listened to a bit, not the whole thing as it can take 4 or more hours to perform, but it was a game changer in music at the time it was first performed.

‘In C’ consists of 53 short, numbered musical phrases, lasting from half a beat to 32 beats; each phrase may be repeated an arbitrary number of times. Each musician has control over which phrase they play: players are encouraged to play the phrases starting at different times, even if they are playing the same phrase. In this way, although the melodic content of each part is predetermined, ‘In Ch’ as elements of aleatoric music to it (n which some element of the composition is left to chance, and/or some primary element of a composed work’s realisation is left to the determination of its performer(s)).The performance directions state that the musical ensemble should try to stay within two to three phrases of each other. The phrases must be played in order, although some may be skipped. As detailed in some editions of the score, it is customary for one musician (“traditionally… a beautiful girl,” Riley notes in the score) to play the note C in repeated eighth notes, typically on a piano or pitched-percussion instrument (e.g. marimba). This functions as a metronome and is referred to as “The Pulse”. Steve Reich introduced the idea of a rhythmic pulse to Riley, who accepted it, thus radically altering the original composition by Riley which had no rhythm.

‘In C’ has no set duration; performances can last as little as fifteen minutes or as long as several hours, although Riley indicates “performances normally average between 45 minutes and an hour and a half.” The number of performers may also vary between any two performances. The original recording of the piece was created by 11 musicians (although, through overdubbing, several dozen instruments were utilised), while a performance in 2006 at the Walt Disney Concert Hall featured 124 musicians.

The piece begins on a C major chord (patterns one through seven) with a strong emphasis on the mediant E and the entrance of the note F which begins a series of slow progressions to other chords suggesting a few subtle and ambiguous changes of key, the last pattern being an alteration between B♭ and G. Though the polyphonic interplay of the various patterns against each other and themselves at different rhythmic displacements is of primary interest, the piece may be considered heterophonic (In music, heterophony is a type of texture characterised by the simultaneous variation of a single melodic line).

Below is a performance which includes Terry Riley who is the bearded fellow at the piano. He is accompanied by Stargaze, who also collaborated with Policia to re-interpret Steve Reich’s Music For Pieces Of Wood, we’ll get into that in a minute.

I bought the LSO’s version of Music For Pieces Of Wood last year when it was released for Record Store Day 2017 and, a few months later another version was released by Policia and Stagaze which used instruments other than wood. This seems a contradiction but it really does work very well, it’s 20 minutes long, if you can spare the time have a listen:

The thing with music of this sort I find is that you need a little time, it is not short snappy numbers that you can blank out as they play, dipping in for a melody or a phrase here and there, this music needs a degree of concentration but you still have to let it wash over you to a degree. It needs a little bit of personal investment, but it is well worth it.

Anyway, I did a little video of walking into the shop, had my mic on so apologies for the heavy breathing! Shop is called Rapture, sister store of Truck in Oxford.

Finally, back to Frip & Eno and (No Pussyfooting)