So it was an album by Rodriguez, the one that I think was never actually properly released, or had limited release, but has been now that he has been rediscovered. Let’s go through a bit of Rodriguez history for those that have never heard of him.

Sixto Diaz Rodriguez, known professionally as Rodriguez (born July 10, 1942), is an American singer-songwriter from Detroit, Michigan. His career initially proved short lived in the United States, but unknown to Rodriguez his albums became extremely successful and influential in South Africa, where sales of his records outnumbered those of Elvis Presley. Because of scarce information about Rodriguez, it was incorrectly rumoured there that he had committed suicide shortly after releasing his first album.

In the 1990s, determined South African fans managed to find and contact Rodriguez, which led to an unexpected revival of his musical career. This was told in the 2012 Academy Award–winning documentary film Searching for Sugar Man and helped give Rodriguez a measure of fame in his home country. In May 2013, Rodriguez received an honorary Doctor of Humane Letters degree from his alma mater, Wayne State University, in Detroit.

Rodriguez has been living in Detroit’s historic Woodbridge neighbourhood, through which he is seen walking in Searching for Sugar Man. He is known to live a simple life, possessing no telephone or cell phone of his own, and occasionally visiting bars in the Cass Corridor section of Detroit near Woodbridge and Midtown Detroit, such as the Old Miami pub, where he has performed live concerts for small local crowds.

There are only two official studio albums, the first being Cold Fact and the second being this one. Obviously I thanked my son and discovered when doing so that he had no idea what he was ordering for me so I suggested he listen to the track Sugar Man, which he did, and really liked, fairly describing Rodriguez as Dylan if Dylan could sing properly.

Though not on this album, it is the obvious first track to listen to:

His debut album is his best album but there is still some gold on this release among the tracks that, while still good, seemed to see Rodriguez trying to re-position himself to take advantage of the singer/songwriter boom of the time. There are parallels here with Nick Drake but Rodriguez is still alive and has started gigging again. 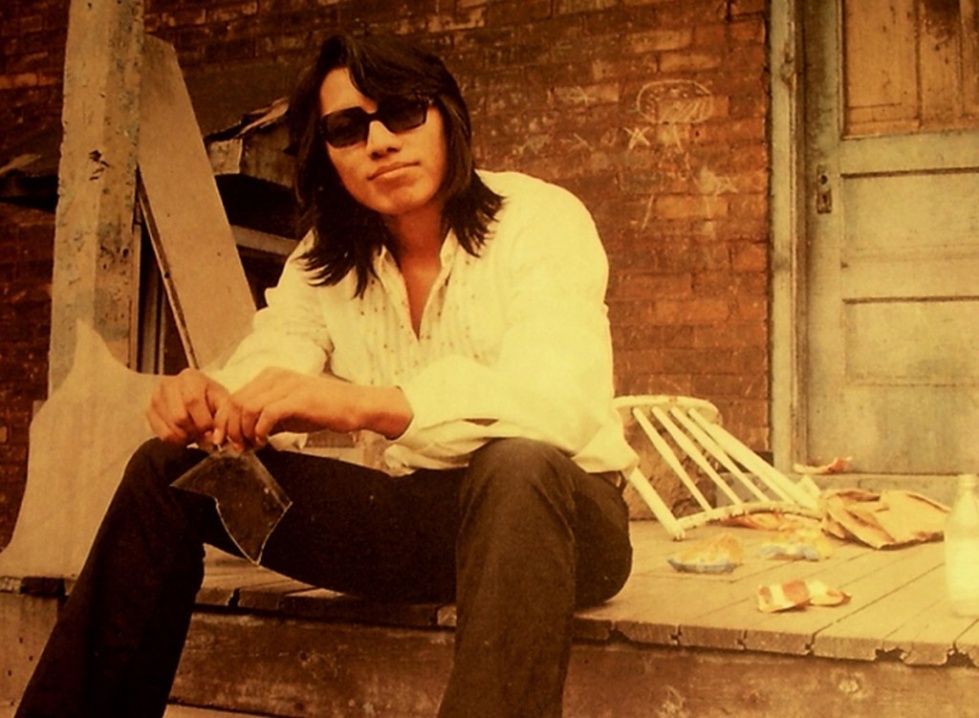 Neither of his albums are available on streaming services, though the soundtrack to the film is, so if you use any of those services you can listen to those tracks at least.

The album was recorded in London with producer Steve Rowland (He’s the guy who would later discover and sign the Cure), The production lacked the grittiness of the first album, which was possibly intentional but results in there seeming to be something a little lacking.  Opener “Climb Up on My Music” is a mellow, organ-heavy track with a screaming guitar riff and “Halfway Up the Stairs” a sweet, cheesy 70s soft rock vibe. There are more strings than perhaps are necessary in places but the man still manages to shine through and I get the sense that had the first album taken off then this follow up would have been an entirely different affair as there would be no search for the sound that he thought the public wanted.

Back in 2013 he played Glastonbury, and by the wonders of modern technology, here is that performance: