About a month ago I went into my local record shop and asked them to order me this album: 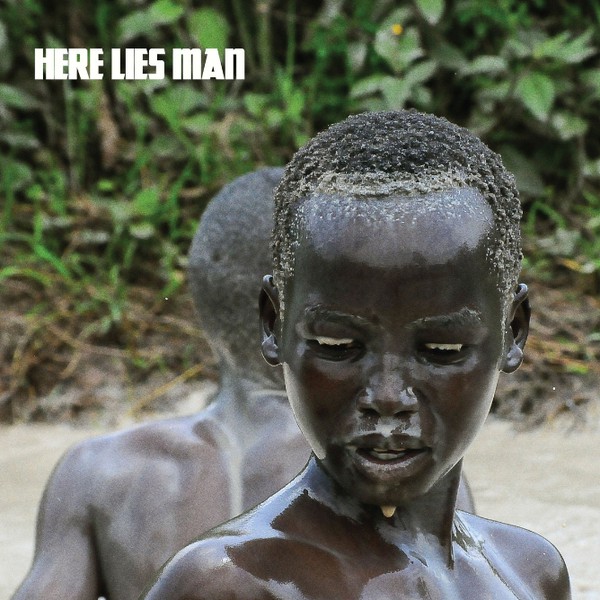 The reason I wanted it is because of its premise: What if Black Sabbath played Afrobeat?

This is an excellent question, what if they did? well it would probably sound a lot like the debut from Here Lies Man, which I discovered when it arrived and I popped in to pick it up. Now there are a few other things, the cover is brilliant I think and the music is too, though the one downside is that it can, at times, feel a little repetitive with one song sounding very much like another, but as a whole, well, I feel I must use a phrase that feels somewhat alien to me, IT ROCKS! It really does and that Sabbath/Afrobeat thing is not just some PR blurb, you can really hear it.  Judge for yourself with the track ‘When I Come To’:

This is the actual PR Blurb that accompanied this release in 2017:

What if Black Sabbath played Afrobeat? In short, that’s the underlying vibe to the self-titled debut by Here Lies Man. The L.A. based quintet is founded and conceptualized by Marcos Garcia of Antibalas, bringing his erudite experience of West African rhythms and music to the more riff-based foundations of heavy rock. The results are an incredibly catchy and refreshing twist on classic forms, without sounding forced and trite like some sort of mash-up attempt. Here Lies Man merges and expands musical traditions organically, utilizing the talents of drummer Geoff Mann (son of jazz musician Herbie Mann) and a host of skilled musicians to make Garcia’s vision a reality.

“The repetitive guitar figures that happen in Afrobeat music are very close to heavy rock guitar riffs,” Garcia explains. “ This music is based on the clave. It’s the musical algorithm that the rhythms revolve around. It’s what gives it integrity and provides the basis for the musical conversation that’s happening. I knew I wanted it to be psychedelic and heavy, and I wanted to be expanding on a musical tradition rather than pretending to be creating something new.” And that expansion is the brilliant, hazy, psychedelic, hook-laden 8-song masterwork Here Lies Man, available on LP, CD and download on April 7th, 2017 via RidingEasy Records. (Written by Dave Clifford)

So yes, I really like this album, but today I picked up the Indie Stores release of their new album, You Will Know Nothing, and it is even better than the debut. It has much more light and shade, much more variation between tracks to keep the listener interested and, perhaps, provide for more repeated listenings. The Indie Only release is a blue splatter vinyl, and very nice it is too. Officially it is, according to the record company:-  “very limited u.k ‘light blue clear’ exclusive indies only lp”. I’ve no idea how limited, they don’t say.

I have only listened to it once but loved it straight away. I really do like how there is obvious progression from their debut to this second release which has many of the elements of what made the debut so likeable, but has a more post rock feel about it, and if there’s one thing I’m a sucker for, it’s post rock.

let’s give them a rating: