Yes, it’s the one with Golden Brown on it, which is a fabulous track in itself but you get all the other tracks as well, a bonus!

I’ve just had a look and I have seven Stranglers albums, without doubt the first two are my favourites, with their debut being top of this list, and by the time this came out I had cooled on them somewhat but despite not necessarily fitting in with anything that proceeded it, Golden Brown is so good it drew me back in.

This may appear to be a rather controversial choice at first, but it is husband-and-wife team Tina Weymouth and Chris Frantz, who are both also known for being members of Talking Heads, and, to be quite frank, this is a great album of its time.

Wordy Rappinghood, Genius of Love, a cover of Under The Boardewalk, what the hell more could you possibly want? Listen to it, love it! 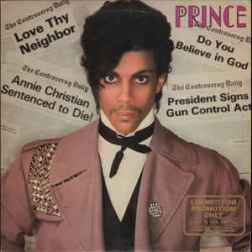 The fourth album from Prince, and the one prior to real breakout 1999, or it was from my perspective as this album didn’t touch the UK charts.

While not eschewing the overtly sexual lyrics of earlier releases, it adds different subject matter such as religion, work, nuclear war and Abscam (this was an FBI sting operation).

There were four singles drawn from the album, the title track, Sexuality, Let’s Work and Do Me, Baby. Again, the UK charts were not particularly trouble by these but it is still one of the better albums in the Prince catalogue. 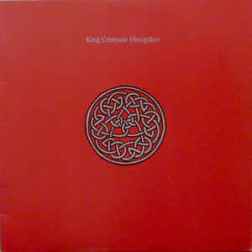 I know this is not everybody’s favourite King Crimson period but I’m really rather fond of the trilogy of this, Three of a Perfect Pair and Beat. The musicianship is masterful, the song construction complicatedly wonderful and I find it highly listenable.

It certainly isn’t for everyone, I can see that, but having bought this on its release I’ve been listening to it for nearly 40 years (which seems ridiculous to me) and I am yet to grow tired of it.

Dylan albums are often patchy, usually from a production or performance perspective, rarely from a songwriting perspective and this album is no exception. It has good songs throughout and it ends with, I believe, one of Dylan’s very best in Every Grain Of Sand, but not this version. The version from Bootlegs Volume 1 -3 is far superior but the song is the song and it’s on here and it is quite brilliant.

I couldn’t find a studio version so below is a later live version but I recommend visiting your favourite streaming service and giving it a proper listen.

20 No Sleep ’til Hammersmith – Motörhead 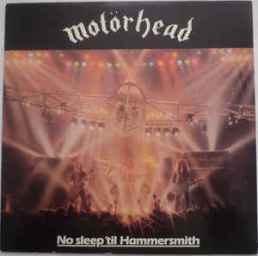 This is an album that, back in the day, I really wanted. A friend had it and we played it LOUD! But only at his house when everybody was out.

While Motorhead had a long career and put out a lot of albums, for me it is everything leading up to this live album that is the best they ever did. Everything after this doesn’t really hold much interest for me at all. Here we have Ace Of Spades, Bomber, Motorhead, all live all brilliant on one of the best live rock albums ever pressed to vinyl.

This isn’t a very good album. So why is it up here at number 19 then? Well, Mr. Sandman and a reworking of Robbie Robertson’s haunting “Evangeline” with outstanding harmonies from Dolly Parton raise it up as does “Spanish Johnny,” sung with Waylon Jennings, and a dazzling version of the standard “How High the Moon”

The rest is not good at all but those 4 tracks are wonderful. 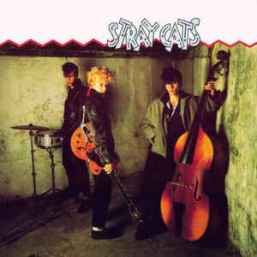 I liked the Stray Cats at the time but wouldn’t admit it to anybody and I’ve gone back and listened to a lot of their tracks in the last few years. This, their debut, was released following two hit singles “Runaway Boys” and “Rock This Town,” both energy filled rockabilly songs that hearkened back to the 1950s era of pure rock & roll. It was a high watermark for them in terms of chart success but it was a very good period for them with “Stray Cat Strut” being released as the third single and doing well. It’s rockabilly, but has elements of The Clash in places and even the odd bit of 2 Tone. Don’t dismiss it, give it a listen, it’s really good.

17 Go for It – Stiff Little Fingers 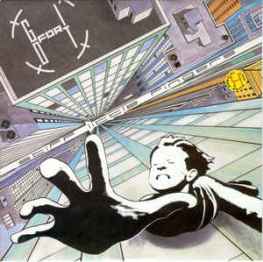 I think everybody knows by now that Green Day are basically a Stiff Little Fingers tribute band, don’t they?

This album was a bit of a progression for them and I think it’s fair to say that the previous albums contain their better known songs, but this is a solid pop-punk release that pre-dates what is essentially a revival in the 90’s by a decade. There is that scene in the film High Fidelity that references SLF, and it’s there because it’s right. Enough of that though, really good album, really good band.

16 For Those About to Rock We Salute You – AC/DC 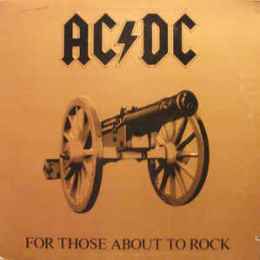 After Back In Black, the return with a new frontman, Brian Johnson, following the death of Bon Scott, I had low-ish expectations of this. Back in Black is an almost perfect rock album, so how could they possibly even come close to doing it again? Well they did, FTATR is about 0.001% off being as good as Back In Black, the width of a fag paper.

After this, I completely lost interest, there is a possibility that they reached the heights of these two albums again but I somehow doubt it.

I initially discovered the album Forever Now in 1982 and worked my way backwards through the two prior releases and loved all three of them. While this album does contain probably their best known track in Pretty In Pink, it has much better songs on it and there was a period where one of the first three albums took up the majority of turntable time and any mix tape I made had a track from one of the albums on it.

Things dropped off a bit quality wise in future years but those first three albums are just wonderful.

“Movement exists almost exactly in between Joy Division’s post-punk sound and the synth-pop style that would come to define New Order ”  – Slant Magazine.

It’s true, it does, probably because it was the first release of the band after the demise of Joy Division and contains tracks they worked on from that earlier period. It’s also quite difficult to just suddenly become something else and it wasn’t until the next album that the more Synth laden sound really emerged. On a few of the tracks one could imagine Ian Curtis taking the lead vocal and it fitting in seamlessly with the Joy Division catalogue, and on some, well, no. 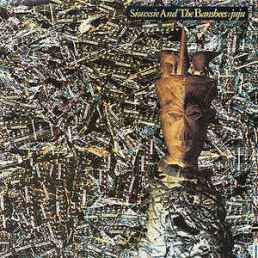 The very first track I heard by Siouxsie & the Banshees was, I think, The Staircase (Mystery) which would have been 1979 and then heard debut single Hong Kong Garden after that. I loved it from the beginning and was still buying albums in 1991. This one, their 4th, contains a couple of absolute stunners in Spellbound and Arabian Nights, which were the singles taken from it. The other tracks are no slouches and it is a good album from start to finish

It is, for me, one of those albums where the singles draw you in and there is plenty more to discover once you step over the threshold. 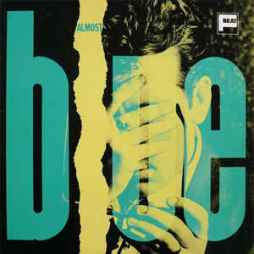 The first album released in this year, the second being Trust, which I remember causing a bit of fuss at the time as it just wasn’t what people were expecting. It is basically a country album.  I remember watching TOTP and thinking, ‘WTF is this?’ as they performed A Good Year For The Roses, and it was only later that I came to appreciate just how good a song it was, and still is.

The songwriting is strong throughout with Tonight The Bottle Let Me Down and Success being a couple of highlights for me. 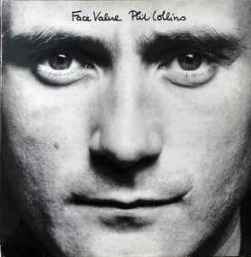 This is an album of songs built around the emotions felt when separating or going through a divorce. It is honest, and sometimes it feels like an open wound, but it launched a ridiculously successful solo career for Collins when, originally, he had never intended to release the songs as a solo album at all.

It is very much in the Duke camp, sonically, ratyer than aligning with Abacab that was released by Genesis in ’81, incuding as it does, Behind the Lines, which also appears on the former.

Solo albums can often be rather disappointing affairs but Collins really hits the mark, and keeps hitting in throughout every song on this album.

The first time I ever listened to this was last year whenI saw a copy at a record fair, bought it, took it home and played it right away.

It is a load of samples of snippets of radio broadcasts and Middle Eastern music set  against percussive, repetitive mind-funk and is an undeniably incredible feat of tape editing and rhythmic ingenuity. It’s an album for listening to, the sort of thing you give your attention to, and, to me, listening to it so many years after its release, well, it still sounds new.