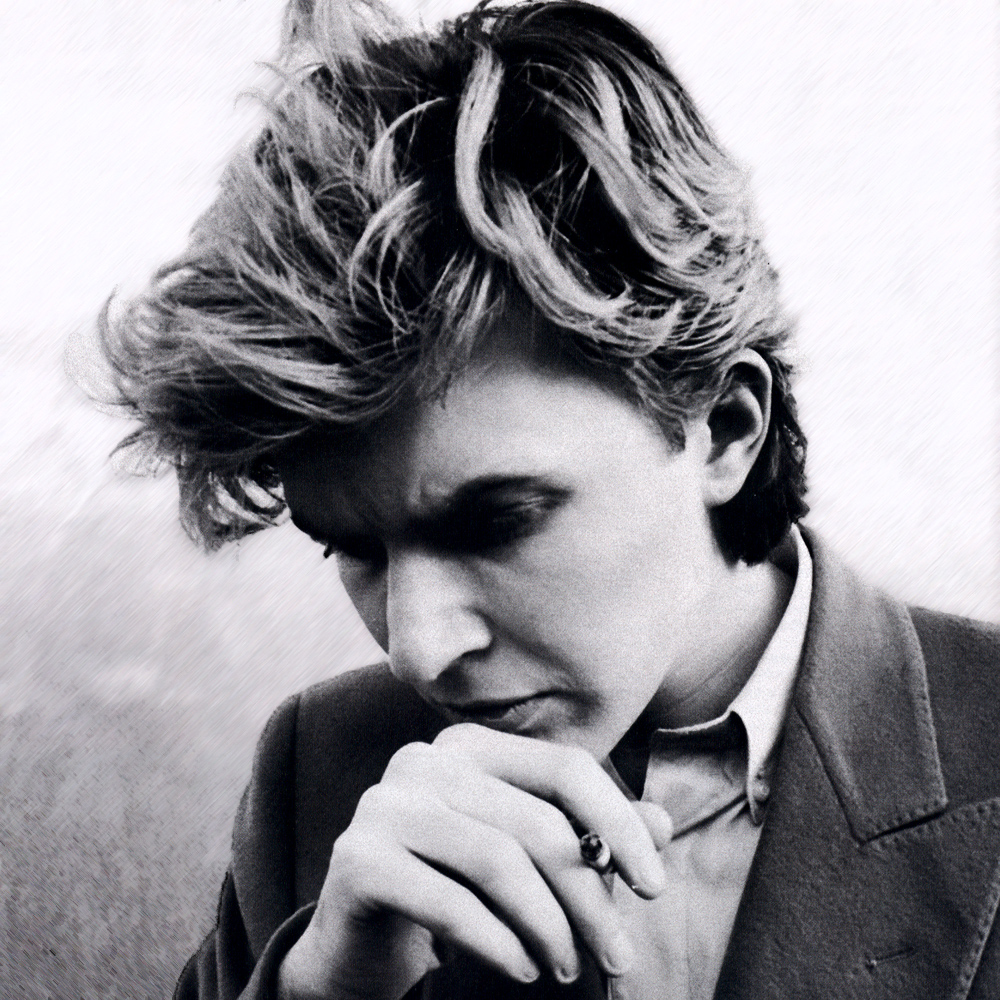 Tattooed across my forehead is the word ‘Sucker‘. Or at least it should be for I most certainty am one. I had absolutely no intention of buying any of the 4 albums I bought at the weekend, I was actually looking for one album by Steven Wilson, which they didn’t have, when I saw, on the wall, 4 David Sylvian Albums, re-released, all lined up and looking quite lovely.

I made the snap decision to get all 4 and, very quickly, I was walking back to the car with my purchases in a carrier bag at my side. It was at this point I remembered I already had a copy of ‘Brilliant Trees‘ and, technically, I also have a copy of ‘Secrets of the Beehive‘ although it is on cassette, I don’t know where it is, and even if I did I have nothing to play it on, but still, I do have a copy already. These releases are all remastered and have different covers, so the question is, do I regret my snap decision to buy all 4? The answer is, no, not really. Well, perhaps I did a little at first but I’ve made peace with it now having played them all several times.

Somebody made a video on these 4 releases already, which really appeals to my laziness, so here it is:

So, Brilliant Trees, released in 1984 shortly after the demise of Japan, brought together some top musicians to collaborate on what can be seen as Sylvian announcing that he’s just fine without the rest of Japan thank you very much.

As the next thing to be released after Japan’s ‘Tin Drum’ (excluding the live album ‘Oil on Canvas’) it seems a natural progression and not far removed from what one may have expected as a next release. There is the obvious connection with Sylvian’s vocal of course but it still has the sonic feel, at least to a noticeable degree, of the album that had gone before. What it does do is add some new sonic elements and continue Sylvian’s forward momentum.

I’ve read a number of times, from people who liked Japan, that they couldn’t get on with this album or most of his solo work, well I urge them to try again, particularly in regards to ‘Brilliant Trees’ as it is a wonderful set of songs.

Alchemy An Index of Possibilities

Well this is an entirely different kettle of fish. I’d never heard it, or even of it before but had some expectations of what I was about to listen to. None of those expectations were fulfilled. It is pretty experimental and contains no obvious Sylvian vocals. I like ambient, Krautrock, experimental music and there is much here that I can get into, but I find that it isn’t cohesive at times.

That last chap there, Holger Czukay, was a founding member of Can, in case you were wondering, and Sylvian went on to work with him again.

Preparations For A Journey, above, is a short documentary that accompanied the short film “Steel Cathedrals” on the Japanese only laser disc. The documentary follows David’s brief work with Polaroid montages, which lead to his book “Perspectives” and an exhibition at Hamiltons gallery in London.

I don’t dislike the album at all, I just feel, when listening to it, that it can be a little disjointed and it needs a Can like bass groove or something similar in places. In fairness this is not a proper second solo release but a collection of tracks from various projects.

For his third (second really) solo album, David Sylvian assembled a fine collection of musicians, including his former Japan band-mates plus Robert Fripp, Bill Nelson, B.J. Cole and producer Steve Nye. The result is very much an album of two halves. The first two sides of this double contain some of Sylvians best work while the second two are somewhere in the ambient genre.

I was listening to ‘River Man’ just now, not the Nick Drake song, and was suddenly struck by the resemblance between its opening bars and those of ‘Don’t Give Up’ by Peter Gabriel from the SO album. Interestingly, both were released in 1986, though I’m not suggesting plagiarism on either part.

There are some rather long tracks on the first disc, such as ‘Wave’ which clocks in at over 9 minutes, as is “Before the Bullfight‘ but they don’t drag as Sylvian builds a mood so well that, if you let yourself fall into it, it can carry you away.

I do rather like the ambient album though I tend to ignore the track names and just listen to it as 1 track on each side as they can be somewhat indistinguishable from each other. It is less experimentally disjointed than the previous release and, while not challenging, is very listenable if you are in the mood for it.

Secrets Of The Beehive

This is one of my favourite albums, not just by Sylvian but generally. I played the cassette a lot and find the tracks really very accessible. For reasons that I am quite unable to grasp, possibly because I’m actually a psychopath and don’t know it, I love the lyrics to “The Boy With The Gun”

And my name’s on the gun

I’m not entirely sure why but I find the experience of listening to these songs as Autumnal, they just have that feel about them, they speak to me of endings perhaps. I found one official video, for the song ‘Orpheus’, although ‘Let the Happiness In’ was also a single, there either wasn’t an official video or I have just failed miserably in finding it.

So that’s the 4 albums. I guess I ask myself if I feel enriched by owning these and listening to them and I have to say I do. It has also re-connected me with the earlier Japan albums, which have had a spin this week and reminds me that there wasn’t much like them at the time, or since.