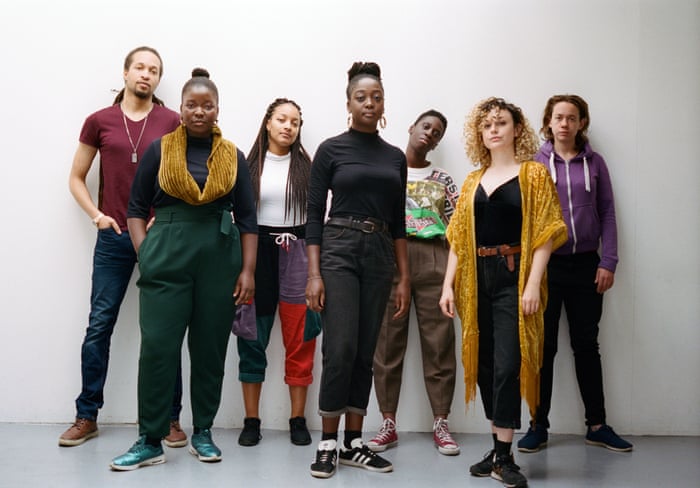 The album for August I received today (actually 2 days ago now) from my Rough Trade Subscription is Blume by Nérija. I’m on my fourth listen and I absolutely bloody love it.

To my thoroughly untrained ear I hear a strong, resounding in fact, echo from the days of the Jazz greats intermingled with everything that has happened since then, with occasional seventies TV themes and a sprinkling of Afrobeat. It is a delicious cocktail.

After the release of an EP in 2016, their eclectic repertoire has appealed to the UK jazz scene as well as giving them a presence at rap and pop-focused festivals. They have toured across Europe and the UK and performed alongside top UK jazz musicians such as Nathaniel Facey of Empirical, pianist Zoe Rahman, and supporting Jazz Jamaica at the renowned Ronnie Scott’s Jazz Club. Recently signed to Domino records and having performed at Ronnie Scott’s, the Barbican and jazz fetivals in the UK and Europe, Nérija are truly part of the buzz.

My copy is three sided orange vinyl with the fourth side etched, which is sort of nice as it means it hasn’t had the crap compressed out of it to get it onto 2 sides, even though etched sides are a little pointless, it’s better than blank I guess. Oh and it’s limited to 1200 copies.