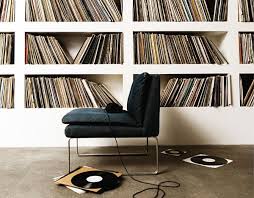 Welcome to the oddness of Alt-folk and the world of Moondog. Louis Thomas Hardin, also known as Moondog, was an American musician, composer, theoretician, poet and inventor of several musical instruments. He was blind from the age of 16.

Hardin lived in New York City from the late 1940s until 1972, and during this time he could often be found on 6th Avenue, between 52nd and 55th Streets, wearing a cloak and a horned helmet sometimes busking or selling music, but often just standing silently on the sidewalk. He was widely recognized as “the Viking of 6th Avenue” by thousands of passersby and residents who were not aware of his musical career.

Moondog’s music from the 1940s and 1950s is said to have been a strong influence on many early minimalist composers. Philip Glass has written that he and Steve Reich took Moondog’s work “very seriously and understood and appreciated it much more than what we were exposed to at Juilliard”

When listening to this album today, it does not feel the weight of its almost 70 years at all and it doesn’t seem to me to fit in the decade at all. It still seems a little out there so in the 50’s it must have been almost copmpletly alien to most. It is a very short album at 28 minutes but this may have been as it was originally released as a 10“ rather than an LP (I haven’t checked this but it makes sense) and of the tracks on it, I would highly reccomend The whole of Suite No.1 and Suite No.2